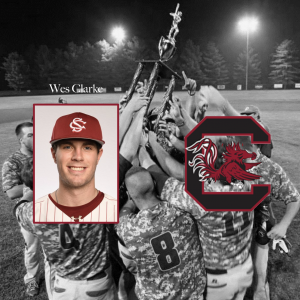 Waynesboro, Virginia
The Generals will have three catchers on the roster this summer and all three have the capability to take the Valley League by storm. We’ve introduced you to Santi Garcia and Luis Olivier, now it’s time to spotlight the catcher from the University of South Carolina. The Gamecocks play in the loaded Southeastern Conference (SEC) and aren’t far removed from their back-to-back national championships of 2010 and 2011. USC will send freshman Wes Clarke to Waynesboro this summer. 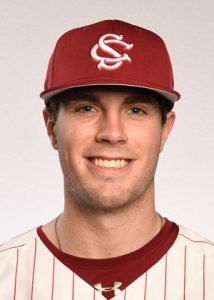 Wes Clarke is the son of Mary and David Clarke. The 6’2 207 pound freshman is from Forest, Virginia and Liberty Christian Academy. Wes has a long and impressive high school achievement list. A few of those achievements include state player of the year awards, a .571 batting average with 14 home runs in his senior season, and multiple All-America honors. He was selected in the 40th round of last year’s MLB First-Year Player Draft by the Milwaukee Brewers. He hasn’t gotten a lot of time at Carolina, but did have his first collegiate hit in his first at-bat on February 22nd. Wes will look to continue to grow as a player this summer and maybe bring those impressive stats with him. Welcome to Waynesboro, Wes Clarke!