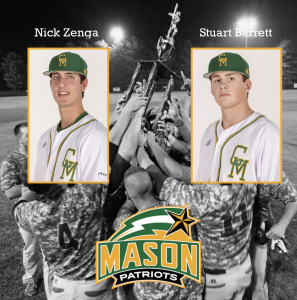 Waynesboro, Virginia
George Mason University will send two arms down I-66 from Fairfax for this summer. The Patriots compete in the Atlantic 10 Conference. While youth plagued the Patriots a bit this spring, the Generals are hoping they can help continue the growth of a couple of their freshmen arms. The two righties are both of long and lanky stature. Stuart Barrett is 6’6 and Nick Zenga is 6’5. Welcome the twin towers to Waynesboro! 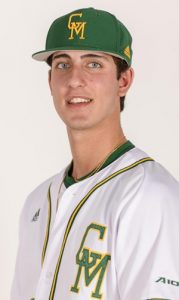 Nick Zenga is the son of Janet and Jeff Zenga. The 6’5 210 pound righty is a freshman from Newark, Delaware and Newark High School. Nick was selected to the All-State team his senior year and has quickly been inserted into the rotation at George Mason. In his 16 appearances on the year, Nick has made six starts for the Patriots. He’s 2-4 with a 6.60 ERA. He’s picked up a save on the year in 46 innings of work. His six starts rank him at 4th on the team in that category. He’ll look to better his numbers this summer while staying in the state of Virginia. Welcome to Waynesboro, Nick Zenga! 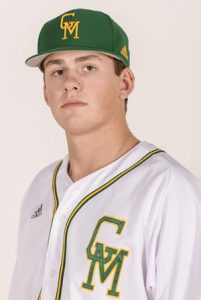 Stuart Barrett is the son of Kate and Mike Barrett of Charlottesville. The 6’6 210 pound righty is a graduate of the Miller School where he was the owner of a 15-2 career record with a 2.00 ERA and 101 strikeouts over 85 innings pitched. Barrett, like Zenga, has pitched meaningful innings in his freshman campaign. He leads the Patriots in appearances, racking up 21 games pitched. He has a 1-0 record with a 5.14 ERA. Over his 28 innings pitched, Stuart has only allowed 23 hits and has struck out 21. He only allowed a total of 4 extra base hits all season with all of them being doubles. Stuart will look to continue what has been a solid start to his collegiate career when he makes his way to Waynesboro this summer. Welcome to the Generals, Stuart Barrett!