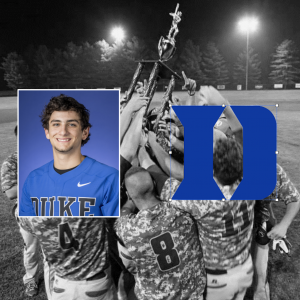 Waynesboro, Virginia
After Duke University sent us Player of the Year nominee Chase Cheek last year, they’re sending another top talent our way this season. Duke competes in the ACC, which is one of the Power 5 conferences. The Generals will have players from two of the five this season. The Blue Devils will send their starting shortstop to Waynesboro that happens to be fairly local. Please welcome, Ethan Murray! 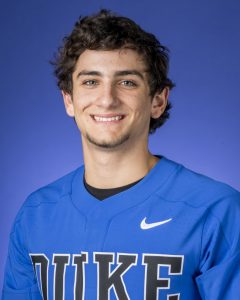 The 5’11 180 pound freshman is from Crozet, Virginia and a graduate of The Miller School. He is the son of Christine and Kevin Murray. While in high school, he helped win two state championships, was named Honorable Mention All-America by Perfect Game, and was ranked at the number 34 prospect in the state of Virginia. So far this season, Ethan has been penciled in at shortstop for every contest in his freshman season. He’s second on the team with a .321 batting average. He’s hit seven doubles, two triples, and four home runs with 32 runs driven in. He currently leads the team in runs with 39. He’s also been a solid defender for the Blue Devils. He’s only made five errors in 167 chances this season for a fielding percentage of .971. The smooth fielding shortstop will look to solidify the defense behind what looks like a pretty good pitching staff for the Generals this summer. Please welcome to Waynesboro, Ethan Murray!