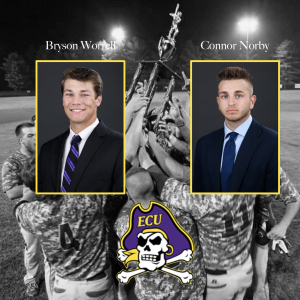 Waynesboro, Virginia
East Carolina University is one of the premier baseball schools in the country and recently were named as an NCAA Regional Host. The Pirates are currently 43-15 and 20-4 in the American Athletic Conference. They were recently bounced from their conference tournament but look poised to make a run to Omaha. After the completion of their season, they plan to send a couple of position players to Waynesboro. Our newest Gens from ECU are Bryson Worrell and Connor Norby! 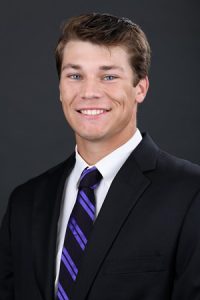 Bryson Worrell is the son of Dawn and Greg Worrell. The sophomore is listed at 6’2 204 pounds from Sims, North Carolina and Hunt High School. The highly accomplished Worrell came to ECU and immediately made an impact. He played in 31 games for the Pirates in his freshman campaign and hit .256. In those 31 games, he picked up four doubles, a triple, and a home run. He had 10 rbi on the season and a highlight of a multi-hit game in the conference tournament. Last summer, he played for the Edenton Steamers of the Coastal Plains League where he hit .288 with four doubles, five homers and 20 rbi. This year, he increased his playing time by playing in 43 ball games and making 18 starts. He hit .226 with three doubles and three homers. Bryson will look to increase his skill set and hopefully move into a full time starting role with the Pirates next season after improving his game in Waynesboro this summer. Welcome to Waynesboro, Bryson Worrell! 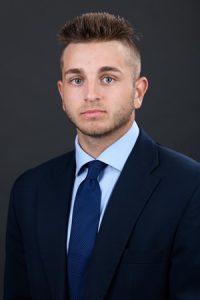 Connor Norby is the son of Jill and Dave Norby. The freshman is listed at 5-10 177 pounds from Kernersville, North Carolina and East Forsyth High School. The All-state selection has done a nice job for the Pirates this season. Most of his playing time has been later in the season and he has picked up his play as of late. His .231 batting average has been buoyed by his lates ball game where he had two hits vs Wichita State in the conference tournament. His first collegiate home run was off of Memphis pitcher and future teammate for the Gens this summer, Bailey Wimberley. When Connor arrives, that should be a fun conversation between the two. Welcome to Waynesboro, Connor Norby!