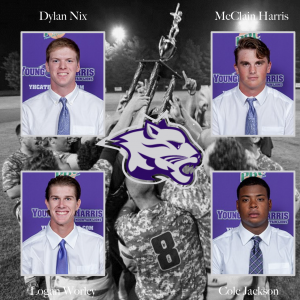 Waynesboro, Virginia
Young Harris College will send four players to Waynesboro this summer. The connection between the two sparks from the former head coach of the Generals, Matt Williams. Williams just finished his second season as an assistant coach at Young Harris. He served on the Generals coaching staff for a number of years while he was an assistant at Valdosta State, but now sends us Dylan Nix, McClain Harris, Logan Worley, and Cole Jackson. 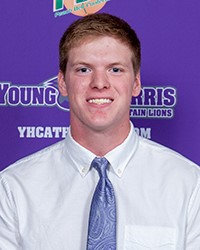 Dylan is the son of Rachel and Brian Nix. The 6’2 175 pound sophomore is from Lula, Georgia and Banks County High School. After making just six appearances his freshman year, Dylan put together a strong season. He made 15 appearances and earned and ERA of 2.40 with a 3-1 record. Over his 30 innings, he allowed just 28 hits, eight earned runs, and struck out 25 batters. His outings included long relief stints out of the bullpen. In 10 out of his 15 appearances, he worked more than just one inning with his season high being 4.2 innings against Southern Indiana. Dylan will look to continue what has been a strong 2019 campaign to this point. Welcome to Waynesboro, Dylan Nix! 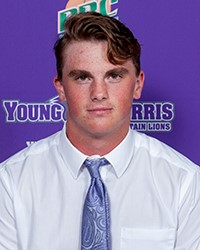 McClain is the son of Robin and Ted Harris. He’s listed at 6’0 220 pounds from Griffin, Georgia and Spalding High School. McClain just finished his junior year where he continued to be the closer for the Mountain Lions. After picking up five saves his sophomore season, he bettered all his numbers by picking up seven saves this season. He also boasted a sub-four ERA over 24 appearances and 41 innings. He was another arm for the Mountain Lions that was used to going more than one inning in an outing. How ever he gets used this summer, it’s always good to have a guy that is used to handling the final three outs of the ball game. Welcome to Waynesboro, McClain Harris!

Logan is the son of Dawn and Thad Worley. He, like McClain, is from Griffin, Georgia, but Logan played at Griffin High School. Griffin and Spalding High Schools are big crosstown rivals. Logan is listed at 6’2 175 pounds. Since arriving at Young Harris, Logan has played a big role in the success of the Mountain Lions. As a freshman, he started all 50 games and batted .271 with 31 RBI and 39 runs scored. This year, he batted .263 with 20 hits on the season. The right-handed hitter is a good contact man at the plate. He only struck out six times on the year in 83 plate appearances. Welcome to Waynesboro, Logan Worley! 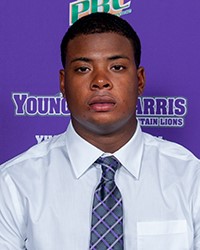 Cole Jackson is the son of Regina and Andrew Jackson. Cole is listed at 6’2 260 pounds from Tyrone, Georgia. He’s in his first season with Young Harris after going to Spartansburg Methodist College out of high school. For Spartansburg, Cole played in 43 games over his two years and hit around .290 with three homers, five doubles, and 23 RBI. With Young Harris, Cole really found a home. He was one of just three players on the roster to start and play all 57 games for the Mountain Lions. Cole hit .293 with some good power numbers to go with it. He hit 18 doubles and seven homers with 33 RBI and 49 runs scored. Cole will look to compete as a backstop in Waynesboro this summer with two other very talented catchers. Welcome to Waynesboro, Cole Jackson!